The capital is Washington. 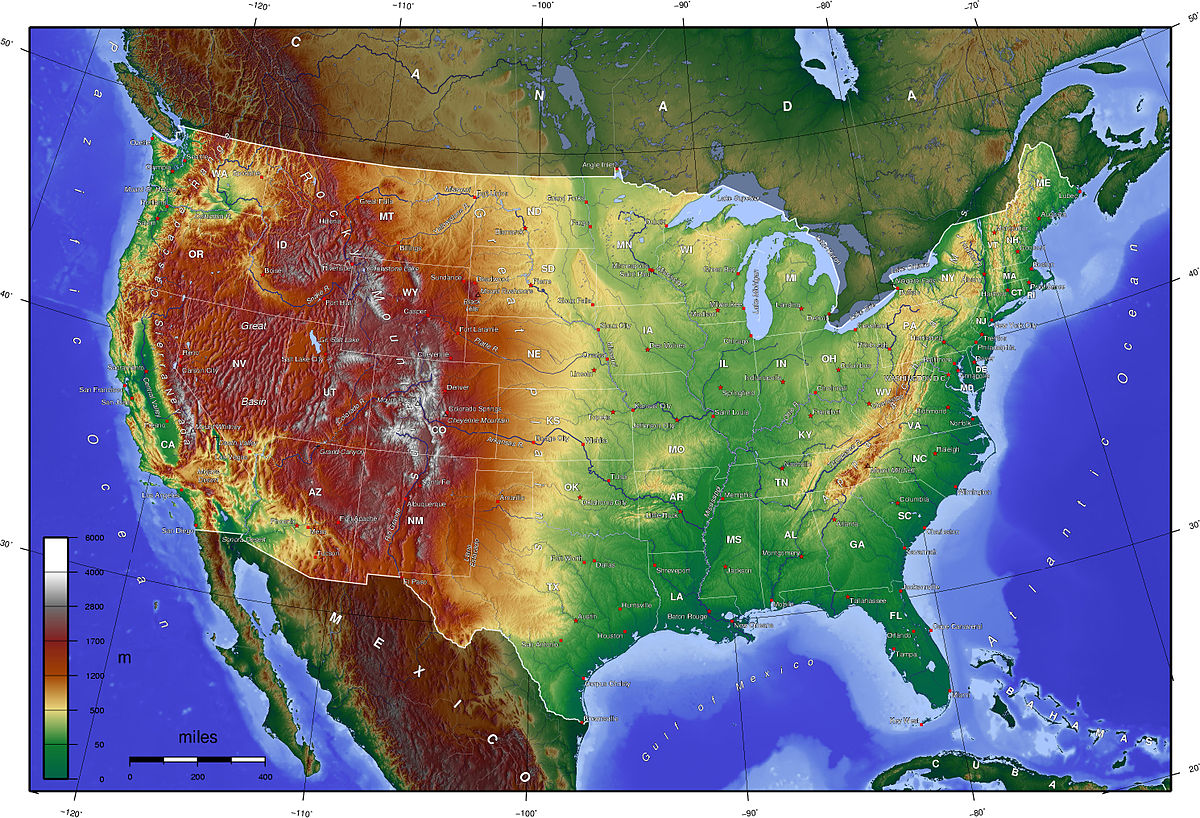 The USA is the most economically developed state in the West. By area, the United States is superior to all of Europe, but is inferior to Russia. The country consists of 50 states and the federal district of Columbia. 48 states are located in the southern half of the North American continent (between 25 and 45 ° N) and are washed by the waters of the Atlantic and the Pacific. The state of Alaska occupies the northwestern part of the continent, in the east it borders on Canada. The Hawaiian Islands are a separate state on one of the archipelagoes of the Pacific Ocean.

The US withdrawal to the Atlantic and Pacific Oceans contributes, on the one hand, to transport and economic relations with many countries, on the other, isolates the country from hotbeds of wars and tensions in Europe and Asia.

The development of the territory of the United States occurred since the XVI century, when the first English, Dutch, Swedish colonies (on the Atlantic coast) and Spanish on the Pacific coast were founded here. Initially, the United States included 13 British colonies. In 1776 independence was proclaimed and their separation from England. The modern outlines of the United States were adopted in 1959, when they were officially included in the states of Alaska and Hawaii, formerly colonies.

Currently, the US is a federal republic.

The head of state is the president. Legislative power belongs to Congress. The country has a constitution adopted in 1787.

In the east along the Atlantic stretches the mid-high Appalachian Mountains, in the center are extensive Central and Great Plains. The south-east and south of the US occupy coastal lowlands.

Almost the entire western half of the country is occupied by the Cordilleras, consisting of a number of powerful meridional chains, between which is the belt of internal plateaus.

The USA is distinguished by rich and diverse minerals. Fuel and energy resources are especially large. There are also large reserves of ores of ferrous and nonferrous metals, mining chemical raw materials.

The coal-bearing provinces (Eastern, Inner, South, in the north of the Great Plains, in the Rocky Mountains, Pacific Ocean) occupy 1/10 of the country’s territory. Reliable coal reserves are 1.6 trillion. t.

The United States is rich in oil and natural gas (authentically explored reserves – 4.6 billion tons and 5.6 trillion m3, respectively). In terms of their production, the United States ranks second in the world. The largest oil and gas reserves are in Alaska, in the south of the country and on the Pacific coast.

The main resources of iron ore are located in the Lake District. Upper; significant resources of molybdenum, tungsten, precious metals in the deposits of the Mountain States. In terms of lead stocks, the United States is a group of world leaders. Lead-zinc ores are concentrated in the states of Idaho, Utah, Montana, Missouri.

Despite the availability of a rich mineral resource base, the US is nevertheless forced to import nickel, manganese, cobalt, bauxite, tin, and potassium salts.

The climate of the United States is diverse. Most of the territory lies in the temperate and subtropical climate, only the south of Florida in the tropical. Alaska is located in the subarctic and temperate zones, and Hawaii – in the marine tropical area. The continentality of the climate increases in the central and western regions. Soil-vegetation zones are replaced mainly in the meridional direction. In general, climatic conditions make it possible to grow in the United States a very diverse composition of both temperate and subtropical belt crops and promote the spread of pasture cattle.

Abundant and diverse water resources are distributed territorially very unevenly. 60% of the flow is in the east of the country. Here is the largest lake system in the world – the Great Lakes. The main river system of the country is the Mississippi and its tributaries. Its left tributaries have significant hydro resources, and the right ones are used for irrigation.

The USA is the third most populous country in the world. 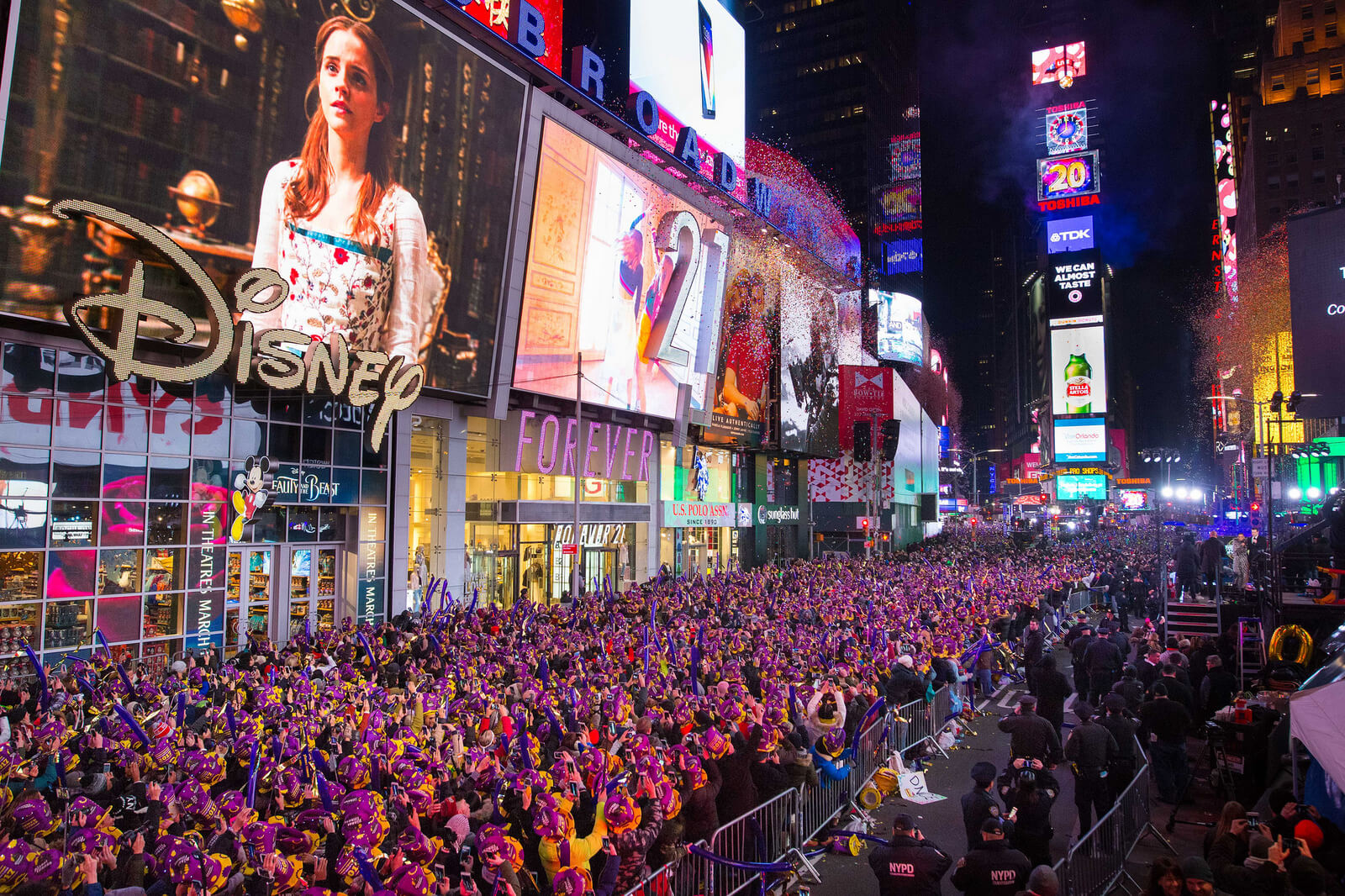 The average annual fertility rate is 16 ppm, the death rate is 9 ppm. Life expectancy is 73 years for men and 80 years for women.

Different ethnic groups do not have definite territories for living, but parts of the country are distinguished by an increased share of representatives of certain groups: for example, New Canaan francs, Mexicans in the Southwestern states, etc.

In terms of average population density, the USA lags behind many economically developed countries (28 people per 1 sq km). But the distribution of the population across the territory is very uneven: almost 70% of residents live in a territory that occupies 12% of the area. Especially great are the differences between the coastal (mountainous) and mountain states: from 350 to 2-3 people. for 1 km2. The most populous states – California (31.2 million people, 1993), New York (18.2 million), Texas (18.0 million), Florida (13.7 million). The leader of the three main economic regions of the United States is Industrial North (almost half the population).

The USA is one of the most urbanized countries in the world (75% are urban dwellers). In the US, 8 cities are millionaires; half of the country’s population lives in agglomerations (there are 300 of them). As in all economically developed countries, the process of suburbanization is widespread in the United States.

In the 1950s, some agglomerations began to merge into megacities. Now in the country there are three such metropolises – Boswash, Chipits, San-San.

The rural population of the USA lives mainly on separate farms, but the conditions of life there almost do not differ from urban ones. 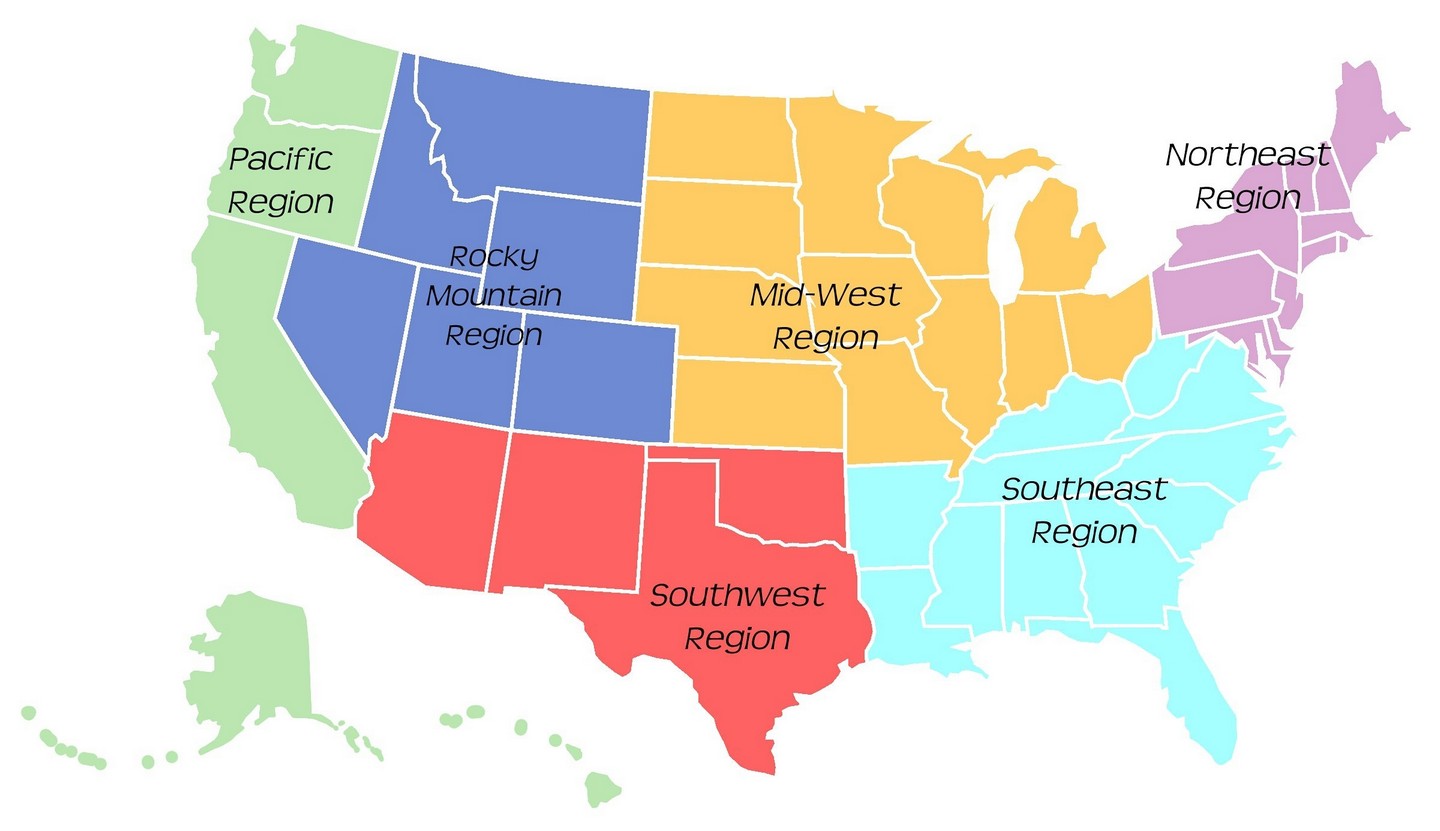 The United States has a huge internally heterogeneous territory, so many attempts have been made in the country itself and behind its side to conduct an economic and geographic division of the United States. Approximately from the 80’s. XX century in the US statistics, scientific and educational literature most commonly accepted four-part zoning. Four macro regions are distinguished, differing in historical and cultural features and the nature of modern socio-economic development.

Northeast. This is the smallest of the macro regions, but its profitable EGP, coal wealth, and colonization features have turned it into a “workshop of the nation”, although its significance in the 20th century. somewhat decreases.

Midwest. This is a region of large industry and agriculture, rich in coal, iron ore and having exceptionally favorable agroclimatic conditions. Gives about 1/2 of agricultural products.

South. For a long time, it developed slowly, which was facilitated by the slaveholding plantation farming and the agrarian and raw material profile of the economy. But now the region has won first place in the country for the extraction of coal, oil, natural gas, phosphorites, for the production of fabrics. The level of development of individual states of the South is not the same.

The West is the youngest and most dynamic neighborhood in the United States, the largest. Contrasts within it are particularly pronounced. The West includes Alaska – the main resource area for new development, Hawaii – the islands of pineapples and tourism, the Far West – the prairies of the Great Plains – the ranch and cowboy land, the Mountainous West – the edge of the Rocky Mountains and deserts, the Pacific West, which includes a “golden state” California.